A Bike Guerilla is a form of what is called Tactical Urbanism. This is a collective term for cheap, temporary changes in the built (usually urban) environment with the aim of contributing to the improvement of districts, neighbourhoods and other meeting places. Strengthening social cohesion and cooperation between citizens, public-private parties, non-profit organizations and other interested parties is often the goal. Guerillas are often simpler, faster and cheaper than business as usual placemaking.To promote cycling in the city, students thought of ways to show why cycling is fun and how it contributes to better places. In 2017, a group of students brought the play into their guerrillas by organizing a “formula 1” like pitstop for bikes. They were wearing formula 1 suits, pumped up their tires, did some fast cleaning and truly participated in the activity that we call play. The clip presents this activity that engaged a wide range of audiences in a playful manner as it was a formula 1 race. Play brings people together. 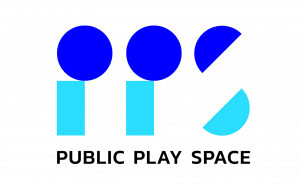