Participation of citizens in the design of public spaces are recognised as fundamental to build inclusive, cohesive and sustainable public spaces. Games have been proposed since the 1960s as a means of facilitating participatory processes by enabling cooperative environments to shape and support citizens’ interaction. The change led by information and communication technologies opens the debate on how advanced technologies, from video games to virtual and augmented reality can aid in the process of co-creation to new audiences, enhancing citizen participation, both with respect to the design and space usage.

On the 23rd until the 25th of January 2020, the first creative capacity building workshop was held within a hackathon in Breda, led by BUas. Within the workshop, three multidisciplinary teams focused on the question: “how can innovative games with the use of advanced technology boost communal decision-making when it comes to placemaking. The municipality of Breda functioned as a client and gave the introduction into the area and gave a masterclass.

Since innovation and the use of advanced technology was the main theme of this workshop and to get really out of the ordinary ideas, the participants were reminded of two questions to test the quality of their idea. First: “If the solution for implementation is, just spend more money on it, it is not innovative enough”. Second: “If the municipality can implement it within a year, it is not innovative enough. This hard challenge, to think of really futuristic ideas that are based on real trends, arguably going to happen lead to three impressive concepts that funnel the participatory games for placemaking and advanced technologies and innovation. All groups were asked to write a one-pager to describe their concept. Please see the results of Spaceframe, Nexum, and Your Backyard!

"Thinking about our future cities, we think about new technologies and adaptive environments. We believe that citizens are most capable of improving and shaping their city with their own ideas. City planning can be more accessible to the community. Our goal is to create an Augmented Reality app where people can visualise plans that are already in place or create and share their designs. We also include a public like & dislike system to help the municipality make data-informed decisions.

The potential goes beyond functionality; the platform can work as a game for the whole community to engage, learn and connect with their city by having a voice. Active citizens can participate in the city’s life and create their visuals, and also play a real-life city-scale game. The program would include three different modes: virtual sandbox, community sandbox and community planner.

The virtual sandbox would work as a strategy to get people ”hooked”. They could use some basic features at home to familiarise with an app.

The community sandbox would require people to go to specific locations in the city where they could interact with the environment. This mode is most likely to be used for entertaining purposes as it is game-structured. Lastly, the community planner mode would inform people about the requirement for future developments, and they could create designs for specific places and share them with others. Those designs can be voted for and possibly implemented in real life. The application is beneficial for different stakeholders: the city can be shaped better for disabled people and families with children, local governments will get a database of possible design solutions, and businesses will get opportunities to facilitate the citizens’ needs.People create a specific profile where they will provide information; this makes results ‘data-informed’ this kind of information doesn’t exist yet in the profession Built environment but can be successfully used by municipalities in order to collaborate with other cities and improve the quality of public space.

The concept of Nexum was created to incentivise involvement from the community of Breda in the creation of public play spaces. The particular example we were given was the improvement of the jogging route that is planned to run alongside the canal of Breda. Nexum is a canvas for creation. It is a spiders’ web connecting the residents of Breda with each other, and the municipality. It accomplishes this feat through a constant loop of feedback provided in the form of geographical- and user data. Nexum comes in the form of a mobile app, containing routes and paths through Breda that users can explore. The app recommends the user with a route in Breda that fits their personal desires at that moment: an athletic route to exercise on, a scenic route to explore more of the city or perhaps a route that passes by all the stores that are currently running a sale. The app also allows users to create and share their own routes and their personal times on these routes. Did you discover a new route that you would like to share with others? Share it and tag it with points of interest alongside the route. Or compete with other locals for the fastest times on the more athletic routes.

On the backend, Nexum collects data from users to see which routes are popular and which ones are not. This data is then shared with the municipality to give them a better idea of what parts of the city tend to avoid, and why.

The municipality can also influence the routes that are suggested to users. An event in the centre of town? Suggest routes that lead users to lesser crowded areas. Are Certain shops failing to attract customers? Alter a route to run alongside stores outside of the main shopping street.

We plan to support Nexum through AR (augmented reality) technology; this would allow users to have a visualised path in front of them while traversing the route. Alongside this feature, we suggest the creation of AR creation play spaces. These are blank canvases located in central, HUB, locations on which the community can create games with custom rules and AR projections. We believe that through the constant feedback loop and tools offered for creation, the community will feel more connected to the city of Breda, and each other.

Welcome to Your Backyard. The app will show the different projects with the phases that they are in, to give everyone access to the information regarding the development. But how does it work? The municipality uploads a proposed design in AR as an engagement process, with a set timeframe for the feedback and update moments and end. The local community can access this proposal through the app or in the physical environment. An active engagement  process will be recognisable in the physical environment and is interactive and playful. This proposal will be available to the local community in AR with the possibility of feedback but with conditions such as technical limitations and policies. You have the option to participate as a builder and as a voter. As a builder, you will be able to give feedback and visualize these in the AR, using the available toolset and parameters set by the municipality. You can then share your feedback with the community. Voters can help the municipality by selecting their top 3 designs. The AI model will analyse the feedback and votes and will update the proposed design, but this time with fixed elements, which then can be reviewed again. The available tools will be more detailed focused. This will repeat a few times. So, every week the AI model will suggest a new design to the municipality who can then update their design based on real-time feedback from the local community. 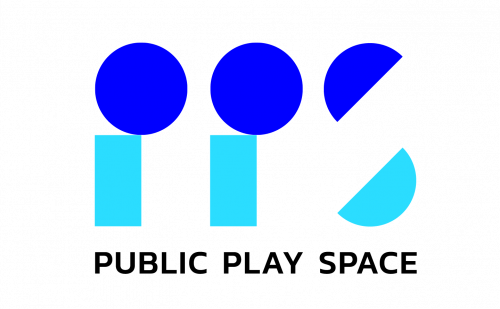