GUILT is the game designed by TaMaLaCà Srl in 2016 on the occasion of World Game Day, became in 2018 a mobile application. GUILT combines the game with city exploration giving to anyone the possibility to play the role of a detective with a dual mode play, both analogue and with the support of technologies.

GUILT is a tool based on a playful model that combines the mechanisms of the treasure hunt, Cluedo and Guess who? by using the GPS, QR codes and storytelling with a twofold goal.

First, the promotion of the territory – cities, parks, museums - through the creation of playful itineraries that encourage the player to explore urban spaces by interacting with them.

Second, the involvement and cultural entertainment through the creation of playful events capable of transforming the game session into a collective experience. It's part of this last aspect also the activation of workshops aimed at schools for creating new stories to play.

GUILT is a versatile game suitable for a wide audience. In fact, the possibility of being used both in analogue and with the mobile application makes it playable by people of all ages. Furthermore, even the playable contents of GUILT - the stories of the cases to be solved - can be created and adapted according to the contexts in which they will be played and to the target that will be involved.

The versatility of GUILT also emerges from the stories currently available set in very different contexts such as, for example, the old town of the city of Sassari, the mining village of Argentiera (Italy). Finally, in addition to stories set in open spaces, the catalog also includes the stories created during the COVID-19 emergency designed to be played in the home environment. From 2020 the "Guilt" app is available on the Play Store and Applestore and allows the creation and use of stories set throughout the I talian territory. 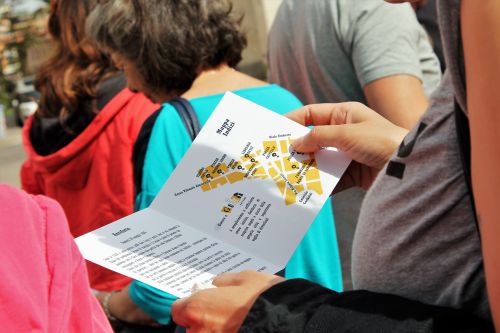 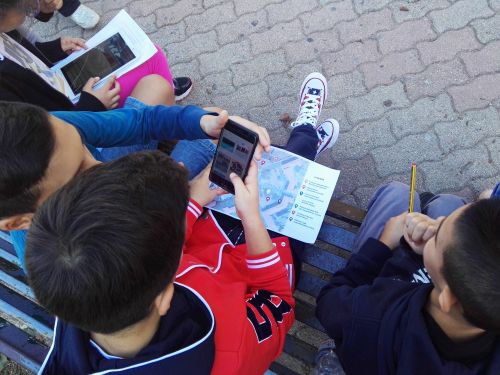 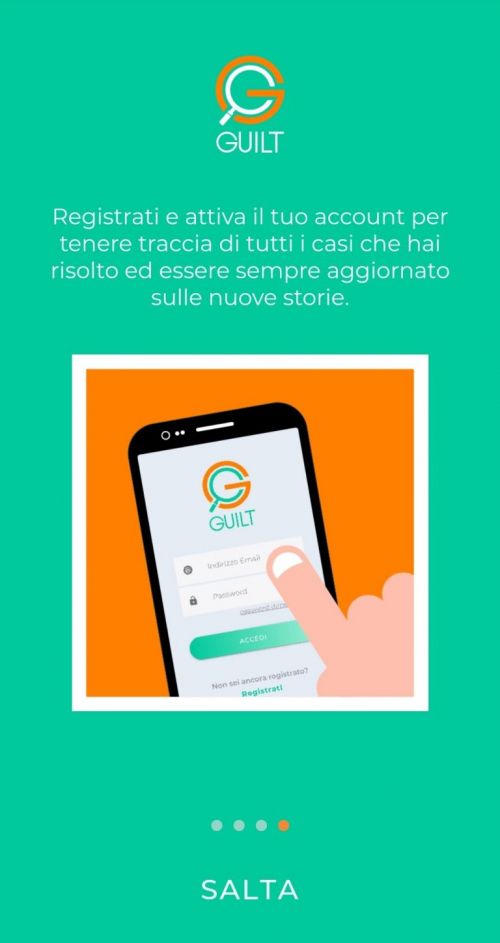