The corporate growth game is a serious board game that aims to stimulate public-private investment in liveability and mobility. The game is based on a real case in Eindhoven, the Netherlands. Eindhoven is home to several major corporations such as: Philips, ASML and Daff.

Companies have significant benefits for a city in terms of: jobs, investment opportunities and welfare of the population but they also generate traffic, pollution and often a decrease in health. Such complex systems that simultaneously benefit and harm a city and its residents are often hard to explain, which generally makes collaboration between private companies and the public sector not live up to its full potential.

The Corporate Growth Game benefits this cause since it grants the opportunity for players to experience this complex system and its impacts rather than to describe it.

The game has two rules:

1, The player who generates the most revenue at the end of round ten wins the game.

2, players can make up new rules if they can explain why it should work like that in the real world.

The game leader is the judge of this; This open mind approach encourages critical and creative thinking and tailor- made solutions for real cases. Every round is five years, in total the four to six players will guide their business over a time span of 50 years. The players of the game are business owners (the bigger, the better), members of a city administration, NGO's or students.

To make the revenue, they can choose to let their business grow in the city centre or build an additional business. Those businesses are built with revenue. The first two rounds focus on mastering those dynamics and players are guided through this process by a game leader. After the game, a discussion round is facilitated by the game leader. In this discussion, the lessons learned from the game are discuses with the players. In the second phase, those lessons are applied to the city. The concept is currently still under development. 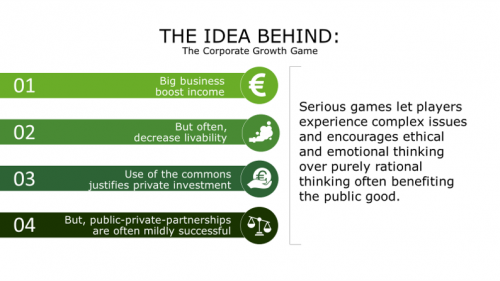 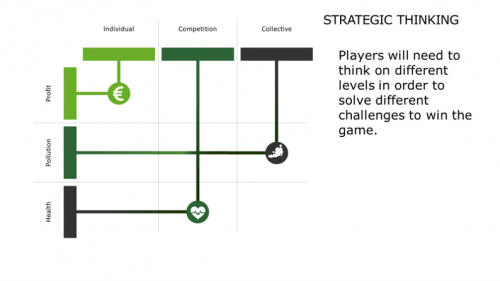 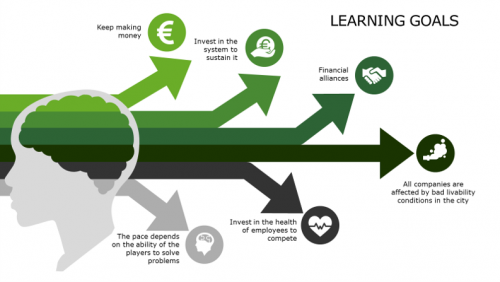 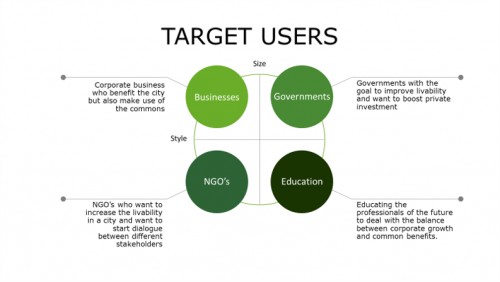